In the previous part of this series on the return of live poker, PokerIndustryNews.com spoke to several event organisers and tournament directors on the European live poker circuit, about issues of restarting live poker events in the ongoing-covid world. Live poker has had an 18-month hiatus, but some events have already shuffled up and redealt, albeit with significant difficulties and unknowns. In some cases it has been a false restart, with several of the newly scheduled events already falling under the hammer. With covid infection rates, restrictions and rules yo-yoing more than Viktor Blom’s bankrollonce did, no event is guaranteed to go ahead.

The WSOP is currently still scheduled to go ahead, but with unpopular masks still required indoors in Las Vegas and a spate of cancellations in the last few weeks, it’s certainly no certainty that it will actually take place.

Few of the major events run by the big online sites have yet to return, with PokerStars only operating events in the UK and Russia at present (with online satellites only for local players). Party Poker Live has recently announced out will hold Party Poker Millions in Cyprus, but has not yet restarted events in other parts of Europe. Nottingham’s Dusk Till Dawn club has just announced it will re-open in October/November, but it will be a soft re-opening with no significant tournaments scheduled during the rest of 2021.

But players are clearly keen to get playing again, with numbers swelling in several of the first post-restriction events around Europe, as reported on in part one of this series. Many players are taking to the real live felt for the first time, having discovered poker online during lockdown. Players with previous live experience are also returning in large numbers, glad to get out of their living rooms again. And with 18-months worth of players who just became old enough to participate in poker added into the mix, its a recipe for a live poker mini-boom. 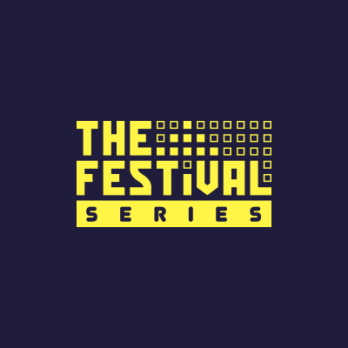 While poker players wait eagerly for some established events to resurface, there is a new live poker kid on the block in Europe, hoping to catch their attention before the big boys come out swinging again. This newest entrant to the live poker circuit in Europe is The Festival Series, which aims to be more than just a poker event, incorporating casino game and sports betting tournaments into its inventive schedule.

The first event of this new series was intended to be in Tallinn in June, however it was postponed until 2022, meaning that (fingers crossed) it will now debut at Banco Casino in Bratislava from, 20-26 September.

Its creators are however not entirely new to the game, as it is the genesis of the Martin von Zweigbergk and Mauritz Altikardes, who have run the Cash Game Festival brand since 2014, in conjunction with ACroud & PokerListings.

Co-founder Martin is a colourful figure on the Scandi-Baltic poker scene, where everyone knows him as Franke (pronounced Frankie). Originally from Sweden, he’s a fun loving entrepreneur who now calls Estonia his home. Other projects he has launched include:

PokerIndustryNews.com spoke to Franke to find out more:

What is The Festival Series?

Franke: The easiest way to explain what it is would be to visit it, but in short it can be described as a global first with tournaments in several disciplines of gaming. We will host Roulette, Black Jack, Competitive Sportsbetting and Poker Tournaments throughout the week thus enabling a unique and true gaming experience.

Why launch a new tour now?

Franke: The live scene had in my eyes an explosive growth before C-19 and we believe that this trend will continue. Of course we don’t know how and when the world has adapted and know how to handle pandemics but we will and being social beings, the need for human interaction and travel and experience are I believe greater than ever, so the launch now is natural. The main intention is to create more than a gaming event, The Festival in Bratislava should be an experience both on and off the felt. To spice it up, we have even a 300.000€ guarantee on main event, with a 550€ buy-in. This we believe is quite different, on an inaugural event to have this level of (guaranteed) prize pool. So, yes, the market is asking for a new tour with several stops. I would also like to mention that we are not only launching a new Tour. We are launching a new communication tool – before, during and after the event with the introduction of our The Festival Series App (already available on Google Play and App Store). And our own pool betting solution. on play.thefestival.com

What type of player is The Festival Series aimed at?

Franke: As mentioned, The Festival is a global first, creating an event at this scale which appeals to Black Jack players, Sportsbettors and poker players. Poker players are of course also in different categories, some prefer cash games only and for them we will have action 24/7, while others are pure tournament players and for them we have to enough games to play. Then you have people like me who loves Sviten Special/Drawmaha and other multi card games, we have events for me too. The opening tournament of The Festival Bratislava is a 2 day Sviten Special.

Full details and starting times available on The Festival website

What online qualification options are there?

Franke: Plenty, we have had qualifiers running since April. What we need to keep in mind is that this is a festival for several genres of gaming. Our Roulette Championship qualifiers will soon reach the max capacity of participants in that event, which has 3 starting days. All-in-all we have 10+ online operators and now from August there are live satellites at live casinos and poker clubs.

What COVID related procedures will be in place at the event?

Franke: The casino will follow the rules set by EU and the local government and of course focus on a safe arrangement. And as we know the situation is changing so a good source for information would be: https://reopen.europa.eu/en. As of 11th August, the requirements to enter Slovakia are that fully vaccinated people who have received both doses of a two-series vaccine (or a single dose of a one-series vaccine) are considered as low risk. Such persons do not require to enter quarantine or self-isolation measures when entering Slovakia. They are now free from any obligations of RT-PCR or antigen testing.

According to current Covid rules in Slovakia, which requires mask wearing indoors, players will have to wear masks during the event.

What are your contingency plans in case of restrictions/under what circumstances are you prepared to cancel or postpone the event?

Franke: This is a decision we would take in collaboration with the casino and based on latest information. If there is a postponed event all package winners will be rolled over to next event and pre-made buy-ins will be returned.

How much do you expect poker to boom once everything opens up again?

Franke: As already mentioned, the live scene had a great upswing pre-C19 and I truly believe that this will grow even stronger once society understands how to handle the situation.

What are your longer term plans for the Festival?

Which other locations do you hope to hold future events in?

Franke:  Am I allowed to say on a space station? When it comes on our planet, of course all destination casinos out there. There are so many great venues and sadly too few stops

Do you expect much interest in the casino and sports-betting side of the Festival program, or is it just a gimmick to market the event?

Franke: If I answer that for example the Roulette Championship with 3 starting days have soon sold out, is that a clear indication of the reaction from the player community? People love the idea of tournaments in these disciplines, many of my friends that have never traveled to a poker event are all of a sudden coming to our event, they are like me very excited for this very first event spanning across the three verticals Sport-Casino-Poker that is the main driver of our beloved industry.

Coming Soon: Back to the Future Part 4

Jonathan began his career in 1998 as one of the first employees of start-up betting site Blue Square. Having developed the first ever affiliate marketing program for a UK online bookmaker, Jonathan switched his attentions to poker, developing live events and tours, first for Grosvenor Casinos and then for PokerStars. Tours created include Grosvenor UK Poker Tour and Eureka Poker Tour. Staff Person of the Year 2008, European Poker Awards. During the poker boom of 2005-2010 he wrote for many poker publications, including Poker Europa magazine and Poker Player Newspaper